View source
watch 01:55
Cobra Kai Season 4 - The Loop
Do you like this video?
Play Sound

Chora trees are large, living, tree-like constructs with trefoil-shaped leaves, created during the Age of Legends.

The chora are genetically engineered organisms originally created using the One Power. The emit an aura of peace and well-being

It is said that they emitted a sense of peace for any who passed below their branches. They were grown in abundant quantities in the cities of old, especially in V'saine and Paaran Disen. It was said that a city without chora trees in the Age of Legends was as bleak as a wilderness.[1][2] It could be speculated that they contributed significantly to the sustained Utopian peace of that Age, keeping the citizens in a constant state of contentment.

Using Avendesora as an example, they appear to grow no more than one hundred feet in height.[3] This is far smaller than the Ogier Great Trees and comparable to a large pine tree. Their branches are naturally symmetric with no missing branches nor gaping holes in its canopy.[4] Chora have large, green trefoil leaves.[5][6]

Avendesora, the Aiel name [1] and the Wetlander name for the last-existing chora tree,[7] found growing in Rhuidean means "Tree of Life" in the Old Tongue. It was severely damaged and burnt by the fight between Rand and Asmodean into Rhuidean, but analysing it with the One Power Moiraine assured that it was still living.

Avendoraldera was a sapling from Avendesora presented by the Aiel to Cairhien in 509 NE.[8] It was a gift given to the people of the new city because the Aiel had determined that Cairhienin ancestors had provided their ancestors with water shortly after the Breaking. It was therefore a gift given to the city of Cairhien to satisfy the Aiel sense of honor for the aid they received when all other hands had turned against them.[8] Along with the sapling, Cairhienin merchants were given free passage across the Aiel Waste provided they displayed the a banner showing the trefoil leaf of a chora tree.[8] In the histories, there are indications that Cairhien had no idea why they were privileged with such treasures or privileges.

Avendoraldera grew for four hundred years before King Laman cut it down with a mind to use its wood to build himself a magnificent and unique throne, thus precipitating the Aiel War and earning the Cairhienin citizens the Aiel epithet, "tree-killer.

Although Avendoraldera is a word in the Old Tongue, its translation is not known. The "Avende" portion means "tree".

It is said that a third chora tree survived for many centuries in the territory that now is held by Tarabon and the former nation of Almoth. The flags of these nations both contained an image of a chora tree: gold in the Taraboner flag and silver in that of Almoth. 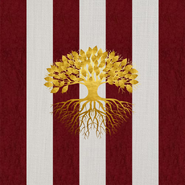 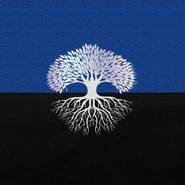