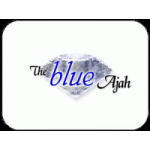 As is probably readable from my name, I am an Aes Sedai of the Blue Ajah, and informally a linguist, author and university teacher to be. I would never call myself an expert of the Wheel of Time; however, I do credit myself with knowledge on the One Power, the White Tower and its history, the Amyrlin Seats, the Thirteenth Depository, and the Blue Ajah, as well as the biographies of said personas, historical as well as those of the present day.

Upon joining the White Tower, I came to realise that the Blue Ajah and I had a lot in common. Unlike the Red, I didn't despise men, and unlike the Green, I wasn't head over heels concerning them. It was not my passion to negotiate and talk about problems such as the Gray, nor to disdain emotion, as the White. I had far too little skill with Healing to be interested in the Yellow, and it was a close battle between Brown and Blue once I chose the colour of my shawl's fringe. In the end, I chose the Blue, for whereas a Brown does history and recording only, a Blue may have several projects running at once, and above all, it was a call of public service. Of all the characteristics ascribed the Ajahs - as logical as a White, as thoughtful as a Brown, as merciful as a Yellow, as decisive as a Green, as negotiable as a Gray, and yes, as vengeful as a Red - I found that being as passionate as a Blue was my characteristic; my cause.

And so I set off on the journey suitable for a Blue, seeking worthy causes. Anyone is welcome to join me in said causes, seeking to crush injustice, take command in the heat of battle, restoring order in times of political unrest and preparing the world for Tarmon Gai'don.

Retrieved from "https://wot.fandom.com/wiki/User:ASisterOfTheBlue?oldid=101526"
Community content is available under CC-BY-SA unless otherwise noted.