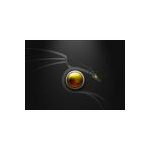 Welcome to my user page!

If you are coming here for help from an administrator, please leave a comment on my talk page and I will be happy to help as much as I can.

I also have a fair bit of knowledge on templates, tables, formatting and other wiki code, both related to this wiki and in general. If I don't know the answer, I will try to find out.

I've been reading the series since early 2007. A friend of mine recommended the series and so I made a note of looking at it the next time I was in a bookstore. When I picked up The Eye of the World, my first thought was that I wouldn't like it. I was not into any fantasy series. However, I decided to give it a try. I can't remember where I was in the book that it hit me that I was hooked, but I have been ever since. It took me about a month to get all the way through to Knife of Dreams. When I got The Gathering Storm, I read it twice in three days. I have been through the series about three times and am now doing a re-read and a first time listen to the audio books.

One of the projects that I am doing is the Statistical analysis for all the books. Check out that page and it's talk page for more info.

My Project Page will have various other long-term project on which I am working. Check them out if you want to help.

Every now and then, I see an actor and I think to myself "That person would be great as (character)." So, here is my list. Just for fun.

For those of you interested, I will be posting updates on my progress on the statistical analysis here.

Retrieved from "https://wot.fandom.com/wiki/User:Mainphramephreak?oldid=81588"
Community content is available under CC-BY-SA unless otherwise noted.