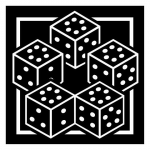 Hi Rmmeteus. I wanted to let you know that the Forsaken are already in a sub-category of their own under Age of Legends Aes Sedai. Same with the "present-day" Aes Sedai, in the form of positions and Ajahs. Let me know if you have any questions. Thanks! ---- Willie - HtS 22:01, September 9, 2013 (UTC)

In the name of Siuan Sanche

Hello Rmmateus, I'm so happy we're both agreed on who is the single most foremost woman who ever lived in the Third Age. One day I shall have to ask Mr Sanderson about it - was it his, or Mr Jordan's idea? The matter is, I don't know if I will ever be able to forgive them for what they did. Light, but I did love that woman. As I first read it... The world stopped, time halted. It was incomprehensible. In some ways, it still is.

Concerning the question of Amico's age, this has been debated as much as Asmodean's killer. That, and as much as Bela possibly being the Creator in disguise.

I agree that the scenario is possible: the Tower accepts girls under the age of fifteen if they have already started channeling. Amico could have been twelve or thirteen, gone to the Tower, and earned her shawl in ten years. We've seen plenty of women only slightly stronger earn the shawl in ten years or less; Merana Ambrey is only a little stronger than Amico, and earned the shawl in nine years. Not saying that it's always the case that stronger women are more talented or advance faster, but that's not the point here; the point is, it's not impossible.

However, Mr. Jordan himself corrected this; in the first edition of his books, he had one statement which he later corrected as "false" and another which was highly misleading. Egwene - or Elayne, perhaps? - states that "Amico is only four years older than [them]. Joiya Byir could be [their] grandmother." As for Joiya Byir, this is misleading as it implies that Joiya would be the oldest of the group, whereas Asne Zeramene later reveals that she has been Aes Sedai for well over 130 years.

As for Amico, Mr. Jordan decided that it was unlikely for someone as weak and not spoken of as particularly talented to be only four years older then Egwene and Elayne. He remedied this statement in the e-book version of The Dragon Reborn to stating that Amico is in her mid-thirties, at least fourteen years older than Egwene and Elayne. So, I'm afraid that no matter how hard we try to redeem Amico, we're hitting a dead end here.

Thanks for asking me though, I feel very honoured :3

That is, in the group of Liandrin, only Jeaine, Marillin, Falion, Rianna and Berylla should be called Dreadlords. The rest died or perished earlier, and are so no Dreadlords.

Well, yes, they are channellers of the Shadow, they were all along. But notice that we didn't make for instance Marris Thornhill or Dagdara Finchey Dreadlords, even if they possibly fought there, since we do not know. We can assume that they did, if they weren't executed, but that's bad speculation. The Dreadlords category should contain only Dreadlords: Shadow-aligned channellers in the Last Battle only. Therefore, not even the surviving group around Liandrin that didn't fight in the Last Battle - that is, Marillin and Berylla - should be called Dreadlords, even if we can logically assume they did, much like Rianna, Falion and Jeaine. So nope, no hashtag "dreadlord" for these ladies.

Alright alright, sorry for being a pain in the butt. I might have been a bit too explicit, I was just unsure if I'd reached you with my first message. My sincere apologies.

I read your notes on your personal page on the Red Ajah, and although I'm inclined to agree that Silviana, Pevara and Teslyn are awesome Reds, there are a few questionmarks left. First of all, what made Sashalle an unusually "good" Red in your opinion? I can't say I remember her that much, I remember she was on the Tower delegation to Rand and was stilled but Healed, not much more.

Secondly, we've got to remember that the Red Ajah's most members are women as mean as snakes in a children's bedchamber, and the many Blacks who posed as Reds have helped reinforce that impression. Also, the existence of Elaida a'Roihan is a mark of shame the Red Ajah will possibly never be able to wash away, much like they still carry the shame of Tetsuan and Bonwhin (although the Red Ajah's reputation cannot be blamed on them).

As much as we'd like to see moer protagonists in the Red Ajah, we shall have to agree that Silviana, Pevara, Teslyn and maybe one or two others really are the odd exceptions that confirm the rule of the Red Ajah's meanness.

One can argue that the Blue - my very own Ajah - suffered just as much corruption. Several Blacks in high positions; Sheriam (whom I have started to call "Hessalam" in my thoughts because she was such an out-of-the-nowhere-Black), Moria Karentanis in the Hall, etc. Also, Lelaine Akashi and Lyrelle aren't exactly famous for their subservient attitude. They made the Tower stick in the crisis just as badly as the Reds, so Lelaine could be made Amyrlin Seat. In many ways, Lelaine and Elaida weren't much different.

The difference between is, however, that whereas the Reds have suffered public defeats and mortification and made public blunt statements or debacles, the Blues have done it all in silence. There were no double Blue Amyrlins stripped of stole and staff, no three Blue Sitters sentenced to mortification and hard farm labour (Tsutama, Lirene, Toveine), no Blue pulling down, stilling and near executing an Amyrlin on falsified evidence. Brrrr. Did I hate Elaida. And did I cheer when she was chained by the Seanchan.

Also, the Blue performs a public work that benefits many; they calm wars before they have even started, they crush leagues of Darkfriends, bring cruel lords to justice and generally prepare the world for Tarmon Gai'don. The Reds just scare people wherever they come along, mostly, I think, through their bad attitude. They could have been loved, so loved, by the populace, for they do perform - or did, I should say - perform an astonishing work.

Hence, I think, the better reputation of the Blue than the Red.

Hey again Rmmateus, first of all, please sign all your posts on the talk page with four tildes to show who was there. It's rather difficult to find out who it was otherwise.

Secondly, yes, Elaida was a Sitter, but not for more than a month or two. As soon as she returned to the Tower from Andor with Elayne, Gawyn and Logain, she herself forced or asked Galina Casban, her Ajah Head, to force Amira Moselle, an old Red and Sitter in the Hall (and, curiously, former Mistress of the Novices under Sierin Vayu) to retire and leave her spot open for Elaida. Elaida probably felt that she needed the support of the Hall as a Sitter herself in order to take down Siuan. She could have done it anyway, probably by inticing the Red into open rebellion against her, but that would have made the coup a lot more bloody and the rumour had probably spread outside of Tar Valon rather quickly.

The Black Ajah was in itself not involved, not until Elaida was already a Sitter. Do you remember the chapter from the Shadow Rising where Elaida asks Alviarin to walk with her? That was the fateful day when Siuan's downfall was born as a Shadow-tainted plan birthed by a Red.

As for Elaida's age... Well, Siuan was chosen for Amyrlin Seat not only to bring some fresh blood to that dusty old Seat, but also because there were very few suitable candidates left. So many sisters were killed by the Black Ajah, and others died of age, around the time of the Aiel War, that Marith Jaen probably was the last suitable candidate over the age of 200. The true loss, many would say, was the deaths of Tamra Ospenya and her Searchers, who all would have been proper successors. And if there aren't even proper Amyrlin Seat candidates, how could their be for the Hall?

I hope that cleared some of the mists. You're welcome anytime :)

Once again, all in her name

I saw that one edit you made on Siuan's page. It was a good edit. Into the very end screechingly defiant. All for the greater purpose.

Damn, I miss her.

Hi there, no problems, I did it gladly ^^ I was a bit curious at first and almost grabbed for my copy of the Shadow Rising until I remembered both Jeaine Caide and Asne Zeramene using the same wand :)

Hey there, thanks for the edit on the Forsaken page. I didn't think it through before posting it, I realise.

Hey there, as always, very honoured to be asked :)

I think there's a fair chance the Blacks had a hideout somewhere. Personally I believe it was situated in Andor, if there was one, due to Andor's Tar Valon-loyal policy. It's also possible that it was based in Amadicia, where there would be at risk, yes, but they can spread unprevented chaos without the Oaths, which would further the goals of their master. Also, Amadicia is the last place anyone would look for Aes Sedai, compare how close Salidar is to the River Eldar, the border between Altara and Amadicia.

In fact, if we take this a step further, I'm almost sure every Ajah has a special place to go to if something threatening occurs. Unfortunately, we only know Salidar, birthplace of Deane Aryman, is the Blue hideout, and so we can only speculate where the others are based. I would guess that the Green Ajah has its hideout(s) in the Borderlands, due to how often they go by the Great Blight to aid the fight against the Shadowspawn.

A Sister of the Blue here - I haven't been on in ages, but I couldn't help but log in and write you a line as I saw your latest edit in the article on the Blue Ajah. I'm just curious - where did you find information that Cetalia Delarme was murdered by the Black Ajah? I might of course be off track here, but I still can't remember where that would have been so explicitly stated.

Ah, thank you for the clarification! Of course it's in the Companion. I haven't been able to get hold of one yet :P Thank you greatly!

Retrieved from "https://wot.fandom.com/wiki/User_talk:Rmmateus?oldid=117534"
Community content is available under CC-BY-SA unless otherwise noted.